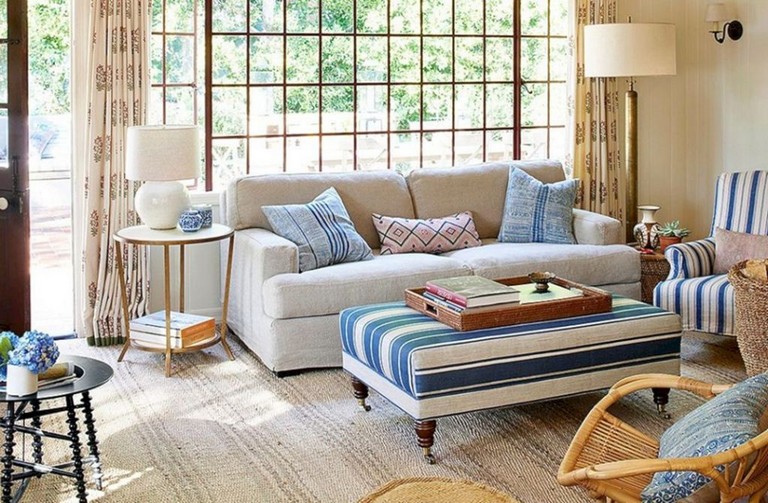 Director, producer, and filmmaker Nancy Meyers might have a career choice that is utterly different and far from the world of interiors designing. But her ideas of furnishing arrangement within the film set have received a lot of price due to be unexpectedly inspiring and pleasing. Some describe her room organizing design style as something that may be uncertain sometimes, but definitely great nonetheless. You can track her superb taste in her directed movies such as Something’s Gotta Give (2003), The Holiday (2006) as well as The Intern (2015).

The Intern is probably her most iconic work of art. It sets in Brooklyn, depicting the story of Jules, played by Anne Hathaway, whose job is selling female clothing and running a website that she found herself. She paid attention about how the character has to have great style sense, because she worked in fashion industry. She carefully set Jules’ brownstone house with lining lovely trees outside on the street. She imagined her style of interiors to be a house of young families with typical young family properties, midcentury furnishing, Moroccan rugs, monochrome photography, and some toys here and there. She arranged the set down to the Jules’ bedroom paint color. It has to feel cozy and welcoming with stunning dark gray color. She also put modern looks on the character’s kitchen by opting for open shelves instead of upper cabinets.

More looks are provided about the Jules’ office interiors look if you are interested to copy it. It is envisioned to be open spaced room which mixes traditional and modern mid-century elements to reflect the setting city Brooklyn, which is the center of fashion, start-up, and e-commerce economy. You may opt for polishing the existing floor instead of doing brand new renovation. Also, create a kitchen with open area. Complement the kitchen with neutral colored furniture such gray chairs and white desk. All of these can be obtained by affordable prices.

What makes Nancy Meyers’ work of interiors stand out is the touch of detail she put into each of them. It felt fresh without looking obnoxious because she chooses to fit the furniture with reasonable budget that match the character instead of using pricy things. Whether it is a bedroom or kitchen, it is best to meet not only your taste, but also what your space requires and what your wallet would allow. Try to reach a balance that Nancy Meyers always thrive for and has learned along her way.